Leaking taps that only drip a little bit now and again may seem like they are not much of a problem. In fairness, this could well be the case but a leaking tap could also by a symptom of a much larger problem with your plumbing system. Therefore, you should call a professional to carry out a leaking tap repair for you rather than leave it until there is a much bigger issue. But, what are the main reasons for taps to leak in the first place?

Excessive pressure in a plumbing system will often be due to an incorrectly regulated mains supply. In Australia, most plumbing fixtures have a maximum water pressure limit of 500 KPA, so your tap can start leaking if your pressure level is beyond this threshold. By regulating the mains water supply, a suitable pressure can be maintained and you may find that your taps no longer leak at all. Leaving a leaking tap that is caused by high water pressure could mean that a pipe eventually gives way leading to a great deal of water damage and a sizeable insurance claim.

When your plumbing system is old, you may find that the pipes themselves are the culprits behind leaking taps. Like excessive mains pressure, faulty pipes will often lead to big dips and highs in the water pressure of a plumbing system. In turn, this may account for why taps appear to be leaky at some times but not at others. Only an inspection from a qualified plumber will put this sort of issue right.

The part of a tap that regulates the water flow is called a cartridge. The tap head which you turn to allow water to pass through the tap simply regulates the cartridge. Therefore, if you have a faulty cartridge, it can be impossible to fully turn off the tap which will lead to drips or, in the worst cases, a steady stream of water continuing to pour out.

In some cases, the plumbing system will be fine and the taps will also be in perfect condition but leaks still occur. If this is happening, then it could be that you have incorrect taps fitted. There are plenty of different taps available on the market, some with specific applications. If you have the wrong one fitted for the type of job it is supposed to do, then it may well be that you experience ongoing leaks. As such, you may need to contact a plumbing service. 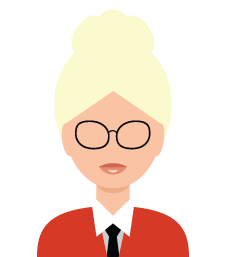 Hi, my name is Patsy. I grew up in the countryside where toilets dug directly into the ground were still common in extremely remote places. As a result, I have always noticed plumbing while others may take it for granted. While growing up in the country, I also developed a strong affection for beautiful landscapes, and I realised the importance of protecting them from an environmental perspective. I like to think about where these two issues overlap, and when I designed my first home, I took elaborate efforts to make the plumbing as green and environmentally friendly as possible. If you have similar goals, please explore my blog. It will help you reach your dreams!